FIND OUT ABOUT THE GAME-CHANGERS IN CONCRETE DRILLING 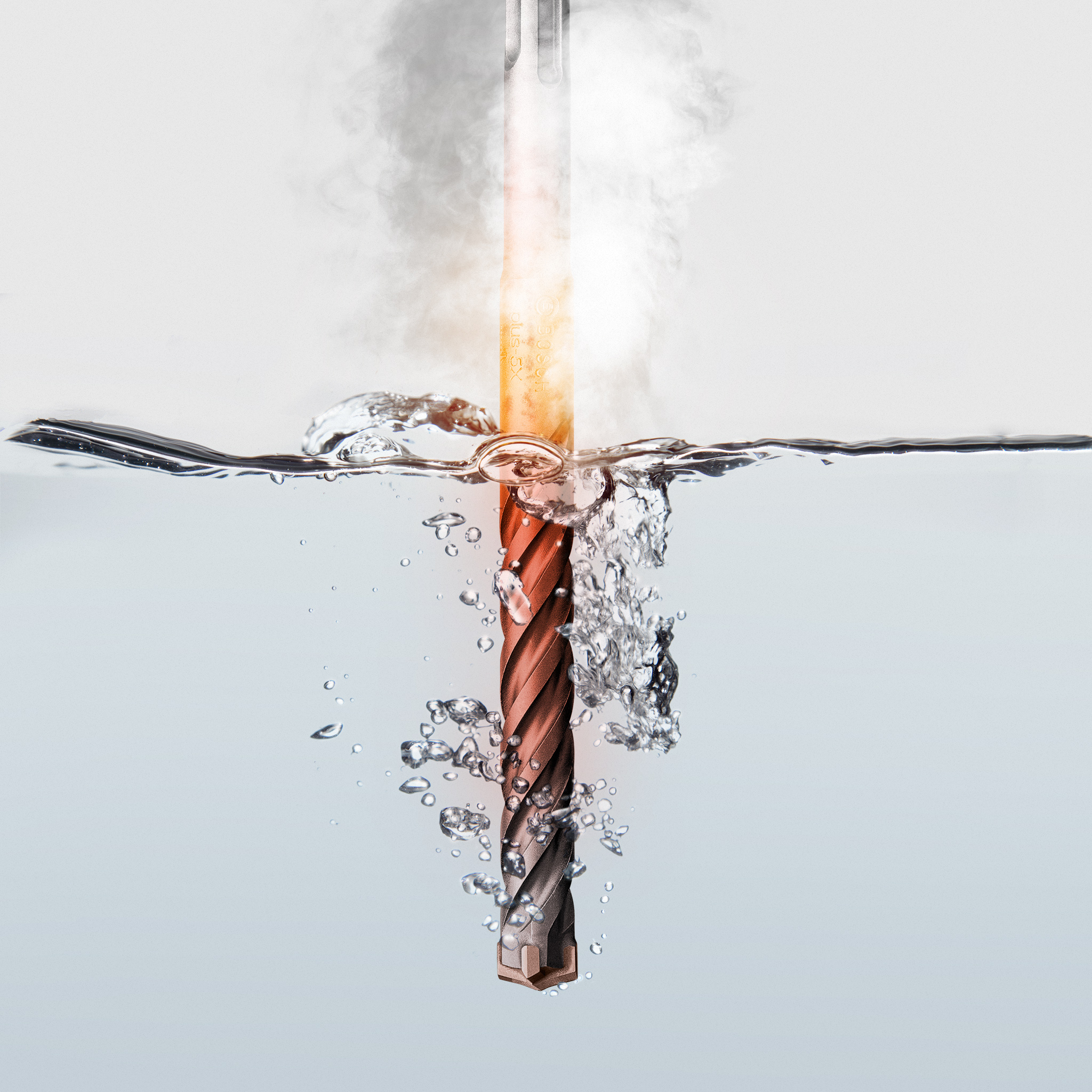 09 Apr FIND OUT ABOUT THE GAME-CHANGERS IN CONCRETE DRILLING

Posted at 00:59h in All Posts, Projects, Renovation, Tips and advice by Joanne MacGregor

The best accessory for concrete drilling is the Bosch Bulldog & Bulldog Xtreme Drill Bits with less downtime, less strain on the tool.

Hardware & General prides itself on quality products and a variety of options for concrete drilling, supplying the widest range of Bosch SDS carbide head concrete drill bits in Australia!

The guide to selecting the right SDS concrete drilling accessories would be if the brand does not manufacture their own carbide and their own product, then they’re not in the game!

Bosch Bulldog concrete drill bits have each got a 4-cutter tungsten carbide head, making it possible for the drill to endure drilling through concrete with rebar with outstanding durability.

The geometry of the 4-cutter tungsten carbide averts the drill bit to be stuck in the rebar so that the head does not snap during the drilling.

The 4-cutter drill bit head is the price of the 2-cutter, ensuring that you get a great deal for a quality tool!

The Bosch Bulldog drill bits have a centering tip on the head aiding with accuracy and stability during the process.

As well as stability, the Bulldog drill bit has another useful aspect, large and short dust removal channels for swift cleaning for even the highest speed.

The Bulldog Xtreme is the strongest drill bit of all in concrete with rebar.

These SDS drill bits feature an entire tungsten carbide head with the highest level of durability in reinforced concrete and unbelievable life expectancy.

The lifetime of the Bosch Bulldog Xtreme is confirmed to be 3 times as long as typical solid carbide head drill bits.

An excessively powerful bond between the flute and head has been created by ‘diffusion bond welding’ so that the complete drill bit can endure degrees of high stress and eradicate the possibility of fracture and cracking like other carbide heads might.

The Bulldog Xtreme also has the rapid 4-flute dust removal, and the centering tip on top of its head, however, it is a much sharper 90-degree angle point to make drilling easier to begin.

For anchor setting, the Bulldog Xtreme also has a tangible ‘wear mark’ to assist with specifying if the diameter of the hole is still lenient.

The Bulldog Xtreme full carbide head drill bit is available in sizes up to 16mm in diameter, with Bosch stocking the largest range of concrete drill bits in the market.

Bosch takes delight in knowing that their products are top of the charts for quality, durability, modernisation and have lifetimes exceedingly longer than other standard products.

Another trait to boast of is that they are the only Power Tools manufacturers in the world who make their own tungsten carbide, allowing them to find the best combination of carbide for certain specific drilling tools.

Bosch’s 40+ experience years to construct the finest products and invention of the SDS system are a sure reason to purchase Bosch tools. For more information, please contact our Industrial Manager Matt on 02 8456 1288